Pick an entry in the series to read your favorite character’s essay:

Hello, friends, and welcome to the second Character Profile of the Gaming Inspirations series!  “Gaming Inspirations” is a series of blog posts that puts into words how gaming has inspired me to shed my anxiety and its negative effects on my life.  Final Fantasy IX has provided incredible amounts of inspiration (probably because it’s the greatest game of all time), so I’m creating a profile for each of the main characters.  Each profile will examine their unique qualities and I will detail how, through physical action, I’m going to help myself lead the life I want to lead by incorporating those qualities.  Today’s profile is about the fan-favorite Black Mage, Vivi.

Vivi is a Black Mage: he harnesses the powers of the elements to lay waste to his enemies.  In the beginning of the game, this fact is taken at face value; as in, “okay, there are beings in this world that don’t have faces and have giant glowy eyes and wear funky hats.  Cool.”  Soon, though, the tone changes: a factory is found that is filled with Vivi-looking dolls on an assembly line.  A bunch of other fuckery goes down, and it’s eventually revealed that Vivi’s body is no more than a shell, filled with a manufactured “soul” made outta Mist, which is basically the broken-down dregs of souls of people who’ve died.  As you can imagine, this causes a bit of an existential-angsty stir in Vivi’s psyche.  But with the help of the friends that he gains throughout the game, he learns what it is to truly be.

Then, he dies.  But at least he learned some good shit along the way!  Let’s examine!

Vivi’s around 9 years old, and he grew up in a cave.  It shows: he doesn’t seem knowledgeable about… well, much of anything, really.  But he’s always willing to learn, and isn’t afraid to ask questions, especially to those he admires and respects, like Zidane.  This becomes less of an asset when he learns more about what he’s made of and where he comes from, and it gets REALLY intense when he hears about the other Black Mages “stopping,” which, for all intents and purposes, is exactly like dying.  When he learns about this, and learns that his kind don’t tend to live very long… yeah, he freaks out a bit.  But can ya blame him?  Imagine being 9 years old, and someone walking up to you and saying “You’re not a person like me; you’re a shell full of the fragments of other peoples’ souls.  Oh, and you’re gonna die soon.”  I’d say “freaking the fuck out” and “asking some pretty uncomfortable questions about mortality and what it means to be alive” would be a pretty natural reaction.  Regardless of what pushed Vivi to ask these questions, the point is that he asked them, and that’s the sort of existential inquisitiveness that makes Vivi such a dynamic character.

Along with his inquisitive nature, growing up in a cave seems to have given Vivi a sense of awe and appreciation for the outside world.  In the very beginning of the game, he’s seen wandering around Alexandria, and appears to be amazed at the airship he notices flying overhead, while everyone else keeps bustlin’ down the street, paying no heed.  The fear of imminent death put a bit of a damper on this throughout much of the game, but it’s still evident throughout, and especially in his heartbreaking speech at the end of the game.

Steiner: “Master Vivi, why would those mages be the same as you? And why would it matter if they were?”
Zidane: “Rusty’s right! You’re an individual, no matter what happens, Vivi!”

Vivi’s certainly a reserved character, but he tends to trust others quickly, and take their words to heart.  This is a great quality when he’s listening to Zidane tell him that he’s not a mindless automaton, that he deserves life and lives as fully as a normal human; it’s, uh, less great when he listens to Kuja tell him… the opposite.  Once again, this propensity to trust to a fault probably has something to do with being raised by a Qu in a fucking cave (Does anyone else find that backstory, uh, a little strange?).

Questions.  Cool.  Wonder.  Got it.  Trust.  Sure.  But how do I incorporate those into my life with physical action?

BY READING THE NEXT SECTION OF THIS POST, OF COURSE!

Inquisitiveness: Read a book.  Yes, the ones made out of actual paper.  (An e-reader that isn’t connected to the internet is also acceptable.) 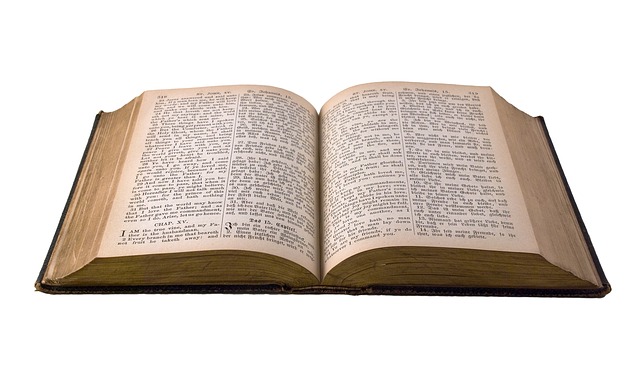 In case you forgot what they looked like. Easy to do in today’s world.

A wizard ain’t shit without their spellbook.  Before this past July, I hadn’t read a book, cover-to-cover, in ages.  I read a lot on the internet and stuff, but that’s mostly, y’know, sports articles and stuff (not saying that that isn’t fulfilling; it’s just a different kind of reading).  But, on a whim, I decided to pick up the first A Series of Unfortunate Events book.  I read them when I was a kid, and thought, “hey, what the hell.”

Those books are incredible.  I read all thirteen of ’em within a month, and have been reading and writing more ever since.  You never know where or when inspiration will strike, which is why being like Vivi and always exploring the world around you, or the worlds in books, is very important.

Works of fiction, unlike car manuals or Buzzfeed articles about puppies, tend to delve deeper into the meaning of existence; they’re not beholden to the truth, so they don’t have to worry about being accurate in that sense.  The world is whatever the writer wants it to be, which allows them (and their readers) to examine deeper truths.  Vivi examines these existential questions throughout the game, and this is the inquisitiveness that reading can bring into your life.

Sense of Wonder: Try something you’ve never tried before.

If Vivi had lived in Quan’s Dwelling his entire life, he would’ve never gone on an epic adventure, sharing incredible experiences with new friends.  Just this morning, I went to a Zumba class.  First time ever.  I don’t dance.  I was the only dude in there.  I looked like an idiot, I’m sure.  But guess what?  It was a great workout, and I actually had a lot of fun.  I’ll definitely go again next week.

There’s always a transition period.  If you try something new, you’ll probably suck at it.  But guess what?  Sucking at stuff is valuable, too.  Which is better: loving what you do even though you suck, or being really good at something you hate?  Your new passion that tremendously improves your life could be five minutes away, waiting for you to discover it.

As I mentioned before, Vivi doesn’t seem to know much about the outside world – its social cues, its dynamics.  When he asks a question, it’s from a place of wanting to learn more, and that’s a noble place to be.

Personally, I’m terrified of asking questions – what if someone laughs at me for not knowing?  What if they think I’m stupid?

Vivi inspires me to answer these with another question:  Who cares?

Seriously, fuck it.  If you don’t know something, and you want to, ask!  If someone’s a dick about it, then fuck them!  It’s irrelevant!  Asking someone who knows is the quickest way to learn something new, and guess what?  When you ask, you learn.  Quest complete.  I had to do this when my new public-transport card didn’t work on the train in my new city (I’m from Vermont; public transport is barely a thing).  The person I asked on the train looked at me funny, but explained how the card worked, and guess what?  I’m not going to run into that mistake again.  I’m so glad I asked, and so glad I know.

One really, really cool thing about examining the qualities of these characters is realizing that they’re all connected: just like with the qualities detailed in my Steiner post, working on even one of these Vivi-like qualities will improve your chances of future success in all of them.  Maybe you’ll read a book and develop an interest in something you never would’ve expected, and you go to a meeting with like-minded people and meet the love of your life and BAM!  Your life changes in a completely unexpected way, and it’s all because you tried something new that one time.

Virtuous cycles are the shit.  Vivi’s the shit.  FFIX is the shit.  Hopefully I’ve been able to impart a bit of the inspiration that Vivi gives me to you.

Coming up on Thursday: another Character Profile!  I’m going to keep this one a surprise, though 😉